TEPCO video: Steam and high rad levels in No. 1 plant

Tokyo Electric Power Company has released a video, taken June 3 by a robot during a survey inside No. 1 reactor building, showing steam rising around pipe penetrations. Video below courtesy TEPCO.

According to reports there are local radiation levels between 300 R/Hr and 400 R/Hr in the approximate vicinity of the video shown here.

TEPCO also released more photos from inside No. 1 plant, showing the new temporary pressure gauges installed to indicate pressure in the reactor vessel, and some workers in the area of the new gauges. Two pics below courtesy TEPCO. 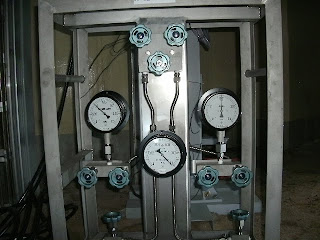 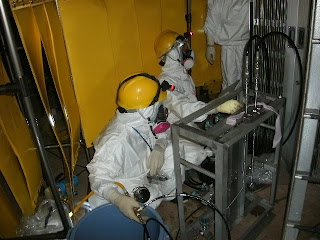