First.. there are reports circulating in the press, seemingly particularly on anti-nuclear sites and anti-nuclear leaning big media that the Japanese are submitting a report to the IAEA that "admits" total core melt and some core material exit from the reactor pressure vessels at all three affected reactor plants.

This has been reported on this blog for months. It is not new; it is not news.

This blog may have been the first to begin quoting ORNL SBO scenario analysis indicating core material falling below the core support plate and damaging, first, lower vessel head penetrations ... which reports seemed likely to match up well with the events known at that time to have occurred and to be occurring at Fukushima Daiichi. It was probably also the first to speculate on the possible failure of the support plate and quenching of the core material in water still contained in the bottom plenum, among other things, a long while back. Readers of this blog were already aware of these kinds of possibilities and events and, upon reading this report, would find nothing new or surprising in it. This gives our readers both pro-nuclear and anti-nuclear a definite leg up.

Now, briefly, there has also been an oil spill reported at Fukushima Daini. Repeat-- this is the other plant, further south, with four reactors. This oil spill is under control and is minor.

Getting back to Fukushima Daiichi; below are the promised photos of the initial setup TEPCO will use to decontaminate water on site as early as next week if all goes well. We will show the components of this system in order. All photos courtesy TEPCO (Tokyo Electric Power Company.) 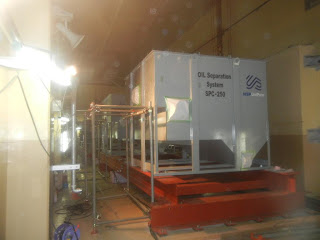 Next, two views of the cesium absorption towers: 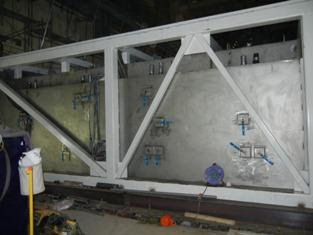 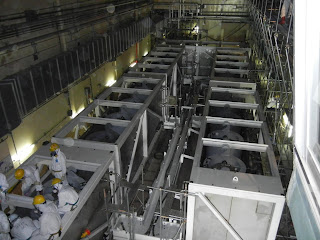 Next, decontamination equipment (TEPCO indicates this to be nuclide coprecipitation and absorption equipment): 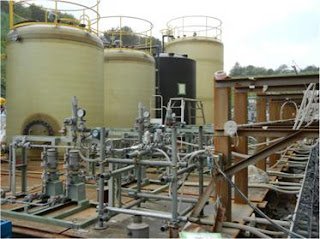 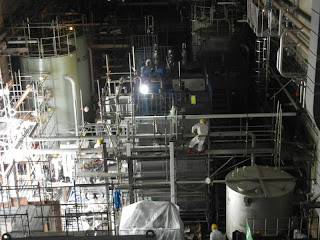 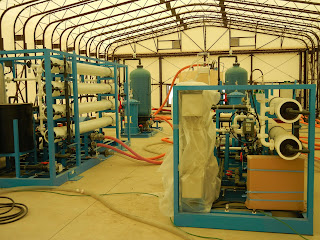 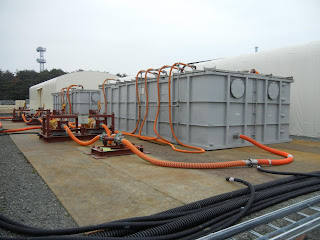 TEPCO has begun installation of 32 steel support beams below the spent fuel pool in No. 4 plant at Fukushima Daiichi. More TEPCO press releases show the location of this work, the beams as received at the plant, and two of them actually installed helping support the spent fuel pool itself. 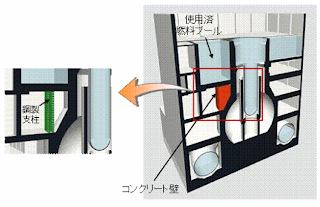 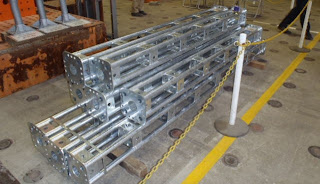 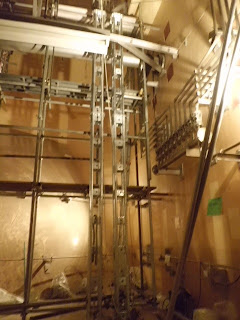