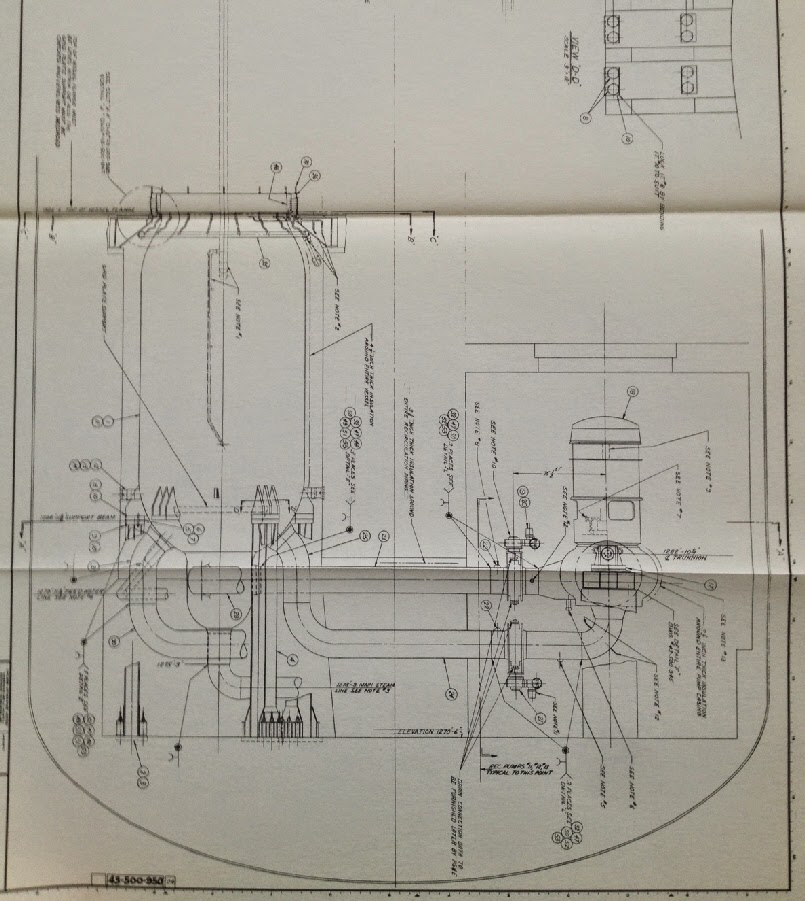 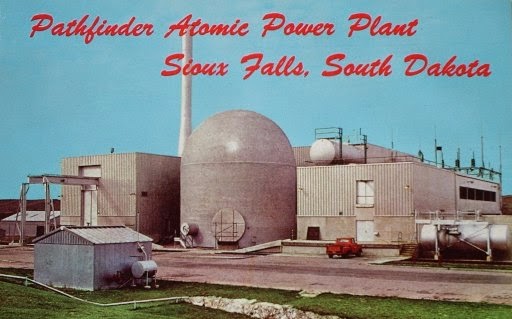 What you saw earlier is a view of the reactor vessel and one of the recirc loops from the Pathfinder Atomic Power Plant, which was (as you can tell by the post card view above) located in Sioux Falls, South Dakota.  This reactor's somewhat unusual external configuration was due to the fact that it employed internal nuclear superheating for its output steam.  Without getting too complex, the reactor was essentially two reactors in one - a central superheating section, with the boiler section wrapped around it.  The large diameter pipe you can see exiting the reactor vessel in the downward direction in the drawing is actually the steam outlet from the superheater, which then proceeds to the turbine building.  The reactor (designed and built by Allis-Chalmers) was ultimately unsuccessful.
The drawing is just part of one of many hundreds I've just acquired from an anonymous donor who shipped me over thirty pounds of original Pathfinder operating manuals.  This donor had acquired them secondhand from original operators of Pathfinder, and kept them all these years (the plant was shut down for good in 1967) until deciding to donate them to me.  Since all my historical material will go to the American Nuclear Society when I pass on anyway, these manuals are sure to be among those that remain for posterity.
And for those chomping at the bit -  YES, you'll see some more of these manuals on this site from time to time.
Thanks for reading this 205th Carnival!  And thanks to all of the contributors for their tireless work.
11:20 AM 4/21
ATOMIC POWER REVIEW﻿
Posted by Will Davis at 11:22 AM