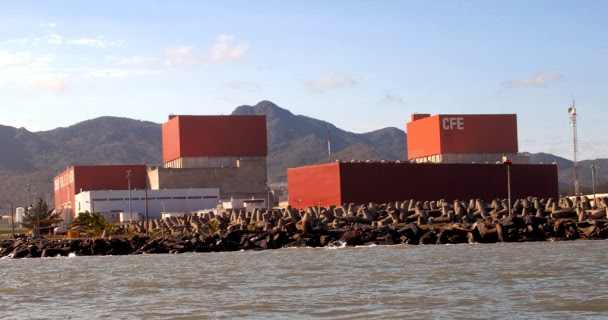 While keeping up on developments in South Korea, I happened to notice an interesting article in the Korea Times detailing Korea Electric Power Company's desire to expand business in Latin America.  Well down in that article is the following passage:

"... the Mexican government is seeking to build additional nuclear power plants, according to the statement."

The article goes on to note that Mexico's single nuclear plant -- which is a two-unit GE BWR plant known as Laguna Verde (pictured above) generated 3.4 percent of Mexico's total energy in 2012.  According to the KEPCO statement on which the Korea Times article is based, Mexico is studying plans to increase that percentage generated by nuclear to either 12 percent or 28 percent by the 2025-2028 time frame.

The World Nuclear Association page on Mexico notes studies to build gigawatt-class commercial plants, including expansion of the Laguna Verde plant through addition of another two units.

According to KEPCO, the company has not been presented with any "detailed plans," and therefore is not making any serious efforts itself as yet regarding a future Mexican nuclear build-out.

The two plants at Laguna Verde were all that resulted from an early wide interest in nuclear energy in Mexico; these plants were begun in 1976 and entered service, according to WNA, in 1989 (Unit 1) and 1994 (Unit 2.)  Both have completed extended power uprates; the units were built rated 654 MWe but are today producing 800 MWe net.  An interest in use of nuclear energy for desalination in Mexico began very early, particularly in schemes to prevent use of water from below Mexico City which has resulted in the continuous slow collapse of portions of the city and which was detailed quite well in the book "Water Production Using Nuclear Energy," Roy G. Post and Robert L. Seale, Editors, University of Arizona Press Tucson 1966.  The Texoco Project saw a plan to divert the water supply for Mexico City away from water under the city, to water derived by nuclear powered desalting which was taken from the old dry Lake Texoco in order to prevent the continued and disastrous subsidence of portions of the whole of Mexico City due to removal of the water below it.  It is obvious that the nuclear plant was never built, but water production even today (as evidenced by the WNA article) remains a key considered use for fission energy's concentrated power output and reliability in Mexico.

I will keep my eye open for further developments along these lines.  Clearly, KEPCO and KHNP would like nothing better than another solid export and construction contract beyond that arranged and presently being executed in the UAE, and Mexico would, under the plans being considered, be a major addition. 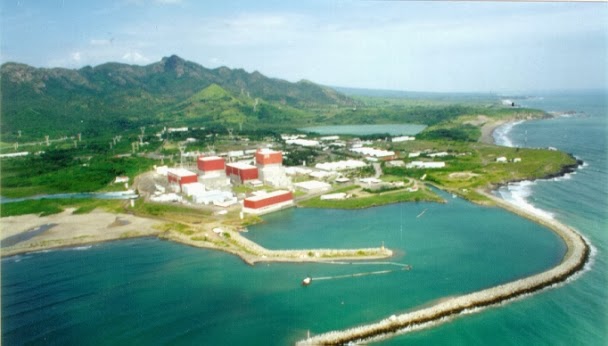