"Once Upon A Nuclear Ship"

Long time readers of Atomic Power Review will have noticed the illustration of the nuclear powered ship NS Savannah in the right side bar, and links to the MARAD site section about the Savannah; these have been in place for a long time here because the Savannah was formative in my early exposure to nuclear energy, while it was at Patriot's Point in Charleston, South Carolina.  (That experience will soon appear on the Nuclear Literacy Project site, in a grade school level form so that even kids can read it, since I'm now a member of the Board of Directors of PopAtomic Studios.) 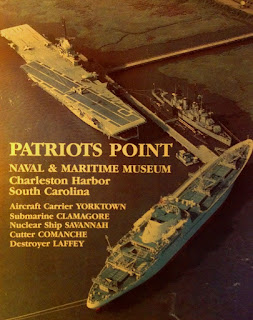 As a result of my interest with the ship I became aware a while back of a documentary about the ship entitled "Once Upon A Nuclear Ship."  The website that explains this documentary can be found by clicking here.  The project is well worth examining - it's very thoroughly researched and employs first hand experiences on the ship.

Now that the documentary has been finished, the people behind it are trying to get the word out about it, and have launched a campaign to fund that effort.  They've launched this campaign using a site called Indiegogo, and you can find the page for the "Once Upon A Nuclear Ship" project by clicking here.  There are a range of donation amounts available for which one can receive various perks; however, it appears that the number of perks available is limited somewhat, so the early birds will get the worms as the saying goes.

(Full disclosure:  I put in $100, and selected the Master-Captain reward.  I also left a comment on the page as 'atomicpower.')

I would love to see this group hit its goal, and get the story of this ship out.  I have always recalled the feeling of walking the Savannah's decks, and touring her spaces and quarters.  I recall clearly feeling on board the ship a melancholy twinge of promise unfulfilled -- yet that promise has never been withdrawn.  Nuclear propulsion for commercial shipping is just as viable, technically and economically, as it ever has been; what is lacking is proper design, proper funding, and proper incentive.  Perhaps as we move toward a more carbon free and GHG free world, the emissions of the world's cargo shipping will become a significant enough point to at least put nuclear propulsion for such ships back on the table.

The groundwork for any such effort has already been laid - it was laid by the men and women who designed, built, and operated the NS Savannah.  The documentary which is the subject of this post should help at least to preserve the memory of that effort.