There is little significant news to report from the site over the last several days; here are the highlights. 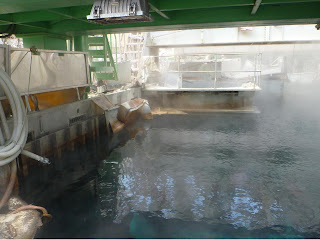 -TEPCO is cleaning up some debris in No. 3 reactor building using a three-unit system comprising a large industrial vacuum, a filtering system, and a robot. Below is a TEPCO press photo of the robot in use for this task. 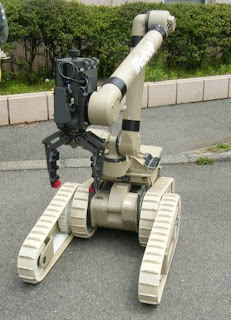 -TEPCO has begun transfer of low-level contaminated water to the mega-float, docked at the shallow draft pier at the Fukushima Daiichi site. The roughly 10,000 ton capacity of this unit greatly adds to TEPCO's water storage inventory. At last estimate about 120,000 tons of contaminated water were on-site (this includes all contaminated water in all buildings, tunnels and tanks.)

-Nitrogen injection continues at No. 1 and No. 2 plants' dry wells. Note: While this is not essentially breaking news, it is important to monitor the threat of radiolytic hydrogen at the three damaged reactor plants; we will report any developments in this area here as soon as they're released.

-Water injection to the reactor cores (plants No. 1, 2, 3) continues as much as possible from the decontamination system, although at last report TEPCO had briefly switched back to direct injecting fresh water to allow installation of a buffer tank in the system in line before the reactor injection pumps. Feed rates and temperatures at last report are as follows:

-A large embankment has been completed on the water side of the Fukushima Daiichi station to prevent further effects of water from offshore for any reason. The two pictures below are courtesy TEPCO; the first is on the water side of the rad waste building, looking south. This is the southern tip of the Fukushima Daiichi station. Note the many large iron castings used to reinforce the retaining wall.
This is a very large picture; click to enlarge. 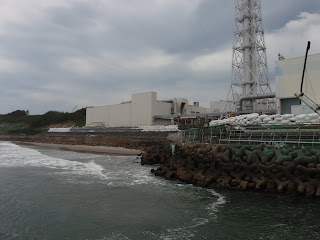 Below is another photo taken from a position further south, and higher up on the tiers of defense. Notable in this picture are the different types of material used in different layers - and also notable in the distance is the enormous crane being set up to construct the reactor building enclosure at No. 1 plant. 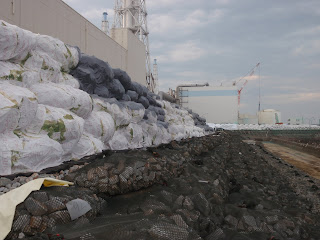