As much as the anti-nuclear authors / bloggers / reporters / experts would like it not to be so, the fact is that, at the moment, there is absolutely nothing worth reporting happening at either OPPD's Ft. Calhoun or at NPPD's Cooper. 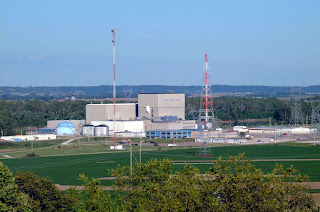 At the moment, both plants are officially in "Notification of Unusual Event" status, the lowest level of alert in the NRC ranking.

Cooper Nuclear Station is at this moment operating at full power.

Ft. Calhoun Station has been shut down for refueling since April, and remains in this status with offsite power available and diesels all either on standby or in spinning reserve.

At Cooper, the plan is that if the flood water rises to 902 feet, the plant will be shut down. It appears now that this will not happen. 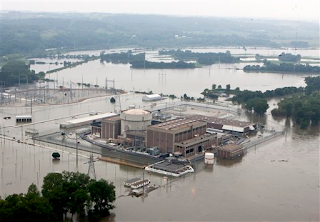 In a story published (where else?) at the Huffington Post, the chairman of the Sierra Club states that "our 104 reactors are anything but safe." This is of course based wholly on emotion, on environmentalism, and hatred of man and his technology and not on any fact - because, as we all know, there's no SAFER form of energy generation in the history of the US that can power anything almost anywhere. This uneducated statement alone is enough to make one discount the whole story. Which isn't a bad idea, frankly... considering these people's predictions that either Ft. Calhoun or else Cooper were the coming apocalypse. Some even said -- based on reports from Russia, of all places -- that accidents had already occurred.

Ft. Calhoun and Cooper are not 'dodged bullet' events. They are examples of the success of defense-in-depth, of planning, of attention to detail, of ACTION.

10:00 PM UPDATE Our friend FINTAN DUNNE has posted an excellent and thorough look at the further threat of dam breaks upstream. These are worth examining and quantifying in a realistic way and his excellent article does just that. Click here to read Fintan's article on the threat of dam breakage.
Posted by Will Davis at 9:28 PM